Why we Self-Sabotage Our Life and How to Stop!

My Power Leaks and Your Power Leaks were developed way before we were old enough to know better.

It happened to each of us! Honestly, even if you were raised by wolves in Siberia it happened (and who’s kidding who huh? Sometimes it felt like that didn’t it)?

When I was six my family and I moved into a new home that my father had both designed and built. As my two sisters and I made our way downstairs to inspect our bedrooms my parents suddenly realized they had forgotten to create a bedroom for me. True story!

It was the oddest feeling. I remember noticing the discomfort on my mother's face and my heart just sank in complete disbelief - like I thought it was a joke at first (our family played mind tricks like this all the time) but all of a sudden I realized this was no joke. This was real. My heart skipped a beat and I could hear a thud somewhere in my mind as I felt that same heart hit the floor. You see the basement had been expertly laid out with two perfect rooms for each of my sisters. My oldest sister picked the combination of red and pink, and in the late 60s, I'm sure that was a spectacular color choice. My other sister’s room was a bright sunny yellow with cobalt blue.

Each of them had custom-made built-in dressers, desks, and beds so they had this great open space in the center to use as they wished. And each had a lovely window letting all the light in.

My father had his personal office with an imposing desk, a seating area, and a big bright sunny window.

There was of course a bathroom, laundry room, and a large family room with a custom-made fireplace made of local stone that my father had personally selected. Lastly, there was a storage room.

But no bedroom for me.

My parent’s solution was to turn a windowless storage room into my bedroom. A mad dash was made to cut a hole into the wall from the storage room through to the laundry room so that there would be some sort of air circulation for me.

And presto Layne had a room of her own!

Although I know now what my parents were going through at the time, and I can understand how as a six-year-old I could have interpreted the situation much differently than either of them had intended, the memory of feeling forgotten brought tears to my eyes for many years to come.

The legacy of that “I’m Forgettable Feeling” (the first Power Leak I can remember) would take decades to unlearn and it would morph and grow into something ten times its size over time. But...

It was in that first moment that a seed got planted in my subconscious mind - that I didn't matter, I was inconvenient, forgettable, invisible, and unworthy.

Those feelings got reinforced a couple of years later when I started to make significant connections with neighborhood kids. Like most kids I would have great times playing, exploring, and having fun with the kids living around my home.

So, finding kids my own age that wanted to play – brought me all kinds of happiness and connection. And then suddenly these friends disappeared. I couldn’t figure it out.

We were friends one day – exploring the neighborhood, riding our bikes, playing games, and then they were gone!

And at that tender age, my first question was “What's wrong with me, that caused them to disappear?” That’s the way most of us took in those kinds of experiences, isn’t it?

Anything painful, confusing, out of context – anything shocking, uncomfortable, or abnormal always finds US as the centering cause. None of that is true – but it happens anyway. I’ll explain that in a bit.

So, the bedroom not being there for me and my friends disappearing without reason, both had me living in the false belief (power leaks) that I was inconvenient, forgettable, invisible, and now even unworthy of friends.

As the years went on, I became less and less eager to connect with people. I had learned to believe that friends would always leave without rhyme or reason and it was best not to get too attached or hopeful.

It wasn't until I was in my 20s that my father confessed, he and my mother had purposefully found ways to dissuade any friendships with kids who did not come from families with the same religion as us. They were afraid I would be influenced by other ideas, so they kept me isolated and profoundly lonely.

It never dawned on either of them the subliminal message that I would hear in this covert action. I was not even seven years old and my core belief was that I was inconvenient, forgettable, invisible, and not worth being friends with.

- What did you learn about yourself in those tender and impressionable years?

- Were you the cause of a divorce, or the reason your family didn’t have money or was it why they moved?

- Were you the reason your mom was depressed, or your brother was angry or your father left?

None of those types of things are true – but when we’re young – our subconscious minds make it seem like everything is our fault. These power leaks can morph into all kinds of unhelpful and unproductive behaviors as we get older – but that can all change – just keep reading!

First, let me ask you – now be honest here okay?

When you heard the story about my missing bedroom did you conclude that I was unworthy and that I deserved to be forgotten? Did you think I got what I deserved?

Nope. You didn’t think that at all did you?

Then when you read what my parents did to protect me from children who didn't believe what they believed did you think that was more proof, I was inconvenient, invisible, unimportant unlovable, bad, and certainly not friendship material?

Did you notice how that initial power leak grew into a big list?

Yep, that’s what they do!

Okay back to the topic at hand - so, did you think I got what I deserved in that second story? Nope, I'd be willing to bet you went straight to compassion after hearing both stories.

Now let me ask you this - how many stories do you have from your kidhood that you're still holding onto and judging yourself as less than the magnificent creature you really are?

May you keep hearing the same veiled insult over and over again while you were growing up?

Things like “you’re just like your mother” (and it wasn’t a compliment) or you need to apply yourself like your sister (and the implication was she was better, smarter, or faster and you by extension were not). Maybe someone said you talk too much, or you eat too much or your hair is unmanageable.

Too much or too little – all of it implies that you weren’t measuring up to someone else’s expectations of you. Is anything coming up for you?

We have all had things said to us that landed hard and awkwardly, and we just held onto it as if it was the truth. But it wasn’t the truth.

Nope, it's just sh!t that happened, and hurt!

Those types of experiences weren’t deserved. None of that was supposed to take you or me away from the perfect amazing beings we came to be. But they did.

Here’s the truth, every one of us came into this world full of dreams and possibilities. That’s still true no matter what age you are as you read this.

As an adult, I could have simply chosen to keep perpetuating those initial power leaks that left me feeling inconvenient, forgettable, invisible, bad, unworthy, unlovable, shameful, powerless (oh, that list grew even more didn’t it – you catching on?).

Yep, I could have held onto all those lies, but I eventually chose to go another way.

Look we all want a sense of belonging, connection, love, and peace. We want to know we matter, that we fit in somewhere!

But because our subconscious minds were so filled with inaccurate information from such an early and impressionable age – we can feel like those things will never change for us. But they can!

In the next blog post, I’m going to share how those initial lies (power leaks) morphed into all kinds of self-sabotaging behavior as I grew into an adult. I’m also going to share why that happened (turns out you weren’t in control of any of it – it’s just how your subconscious mind filed the experiences).

Your subconscious mind is doing some “crazy math formula” while you’re just going about your day – and it keeps you stuck in old feelings and behaviors.

All of this can be undone!

So, buckle up sisters, we’re going on a wild ride in the next blog and it’s going to give you the opportunity to undo all kinds of unconscious programming (power leaks) and get you back in the driver's seat.

All you have to know right now is, YOU are ENOUGH! You came into this world on purpose, with intention and you’ve got a gift to bring the world – something only you can do.

So, let’s get rid of the sh!t that’s keeping you stuck, and drifting through your life.

Click Here - Episode #3 of the Unleash Your Life! Podcast has a little more on this topic.

Listen and Subscribe to the Unleash Your Life Podcast 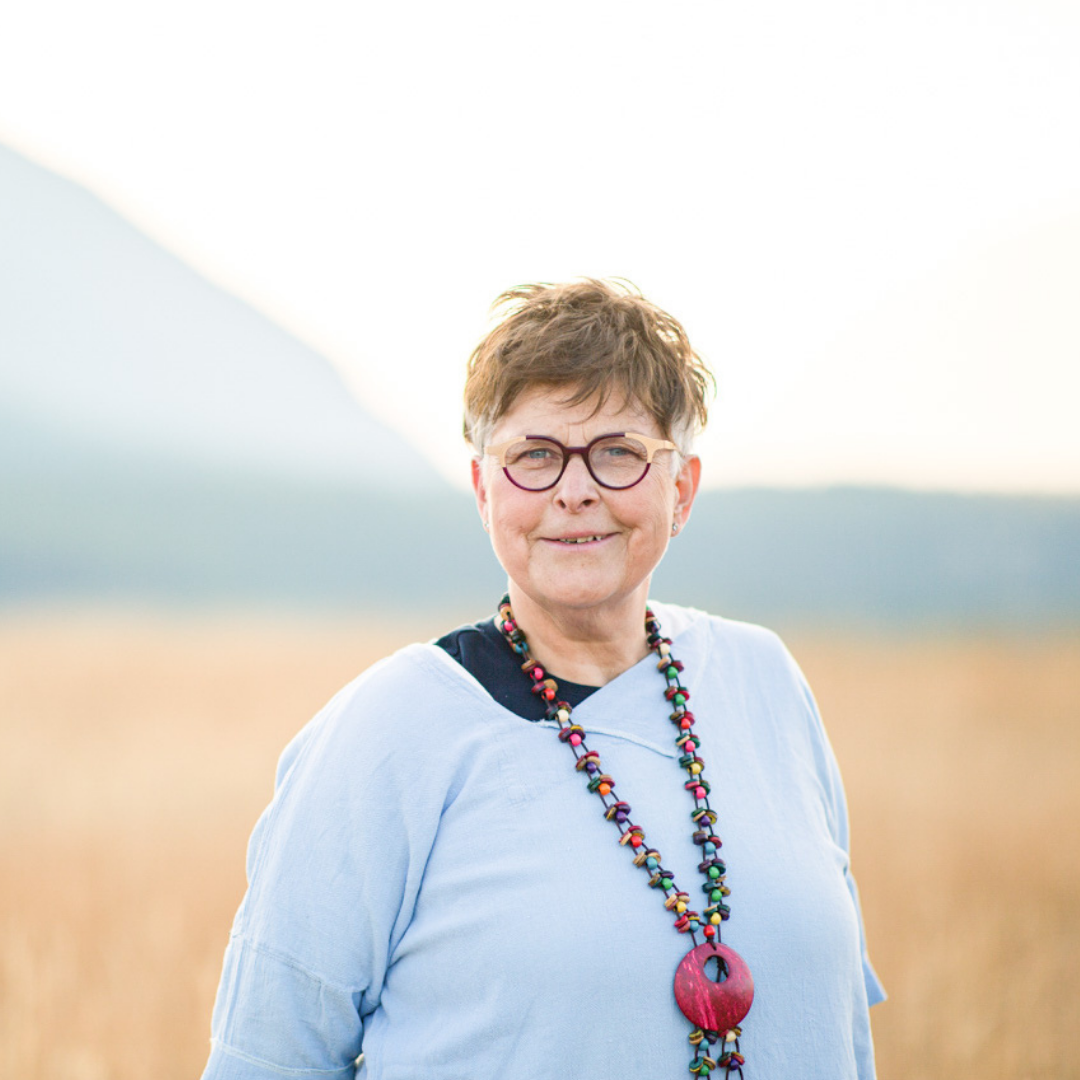 How Our Subconscious Mind Gets Things Wrong Lots of Times Why We Self-Sabotage Our Life and How to Stop!

Plug My What? A Journey to Awaken Your Intuition, Power and Purpose!