I help women find their SOUL Connection in Love, Work and Play!

I’ve been on my spiritual quest for three decades now, and I’ve learned a thing or two along the way. It is my primary purpose and desire – to make what I’ve learned – way simpler than how it was taught to me. You see, it’s not complicated – but if you don’t understand what you’re working with and where you want to go – you end up doing circles and making no real progress at all. That can stop here – if you’re serious. 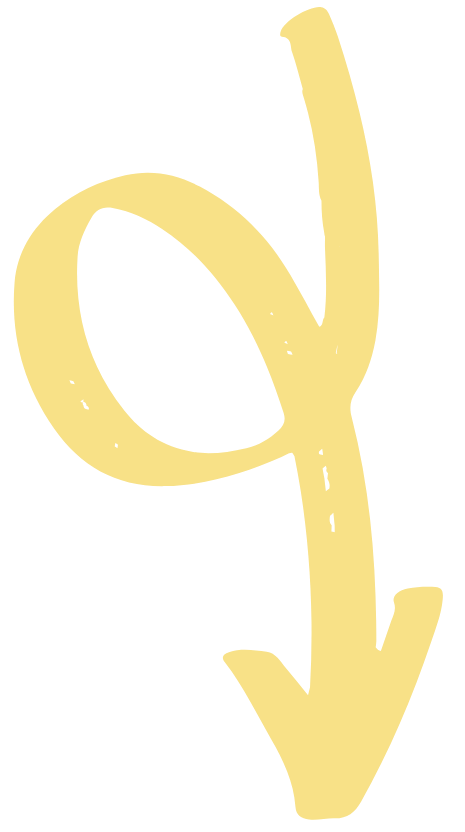 I will be irreverent, humorous, and plain-spoken - because I know that a Spiritual Awakening is for ALL who desire it, and sometimes language can be used as a barrier of entry - not so with Weird Hummingbirds. This is about candor, clarity, and practical ways of stepping into your Power, Purpose, and Intention – and it’s for anyone at any age!

You’re not too young or too old – you’re in the perfect place and in the perfect time to connect with yourself and step into your SOUL Connection in every area of your life. But first, we've got to clear the way...

To help clear out so much of the conditioning currently trapped in your subconscious we’re going to use tools that will help you remember who you came to be and what you've come to connect to. I have been a certified Neuro-Linguistic and Hypnosis Practitioner since 2007. More recently I have added both Cognitive Behavior Therapy and Emotional Freedom Technique to my teaching toolkit.

More importantly, I understand the power of helping you break free from unhelpful patterns (I call them Power Leaks) so you can step into your own power and share your gifts with the world.

I love that you’re here! I love that you want more for yourself. The world needs what you came to offer – and don’t doubt that for a second! 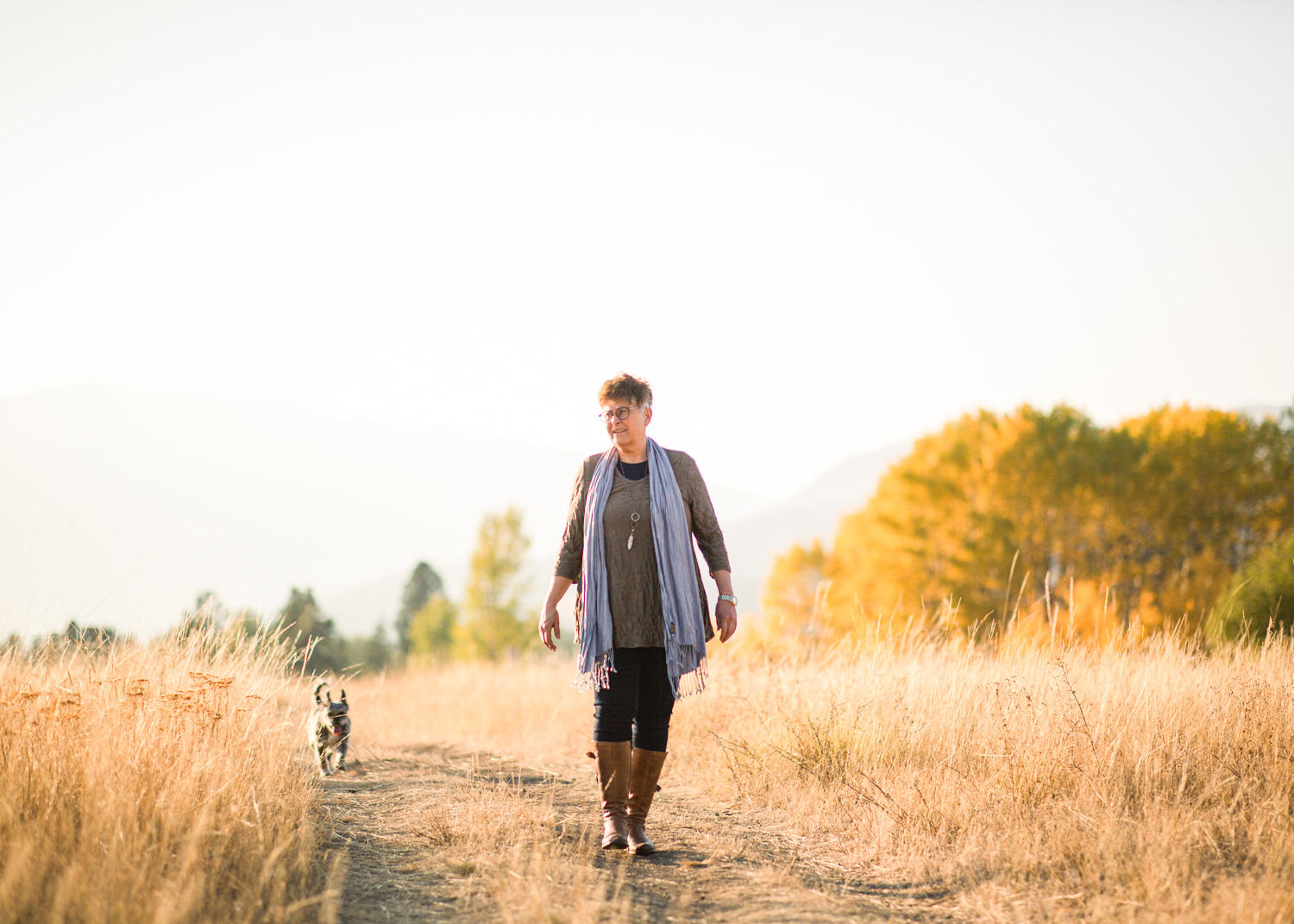 My parents both grew up in the kind of religion that takes all of you and pushes it into this tiny little box.

It contorts you until there is nothing recognizable about your shape and size.

All the volume has been squeezed out until your sides stick to each other in that sad spent-helium-balloon sort of way.

Then they found each other.

In that state of complete disconnection. Married and had kids. It was a joyful childhood (and my tongue is now planted firmly in my cheek).

I was five years old while on our way to church when I knew at the core of my being that I was not meant to follow their path. Something was off – but it would take me decades to get free.

On this particular Sunday, while we drove passed this particular tree, I threw an imaginary red cord around its thick immutable trunk to tether myself to something solid so their religion would not swallow me whole.

On our way home I would untether it, roll it up and keep it safe until the following Sunday where I would cast it again around that firm solid beast with roots so deep it could hold me back from the enormous hypnotic pull of conformity.

I think about that moment often.

How does a child at five understand that they are connected to something more - something huge and beautiful and expansive? Something they intrinsically know they need to hold on to no matter what.

I would sit on those hard church pews and listen to the sorrow in many of the songs, the judgment and heaviness from the pulpit; and the hairs on the back of my neck would raise.

But all I could feel in this place was disconnection.

I was the kid that every Sunday school teacher dreaded. I had a question for everything.

At thirteen, I balked when my parents told me I shouldn’t speak to Gloria any longer because she would be a bad influence – so every Sunday I snuck out of church to meet her in the back alley to smoke cigarettes and laugh and talk.

If Gloria really was evil – I never saw any signs.

After six years of religious boarding school, most of that little girl was gone – the curious, self-assured powerhouse that was born into the world developed a “Christian filter”.

I now believed that everything that contradicted what I’d been taught was simply wrong. It needed no further exploration.

I was firmly planted in the camp of Them and Us and it would be years before I would let go of that entanglement.

Oh, I flirted with leaving the church a million times – and did, for brief periods, until the guilt or fear would push me back.

One time, I got free for nearly ten years. I took the “road of distractions” and then at twenty-eight I knew I needed to get “straightened out”. I had spent the last decade being angry and disconnected from myself – and knew I needed more meaning in my life. 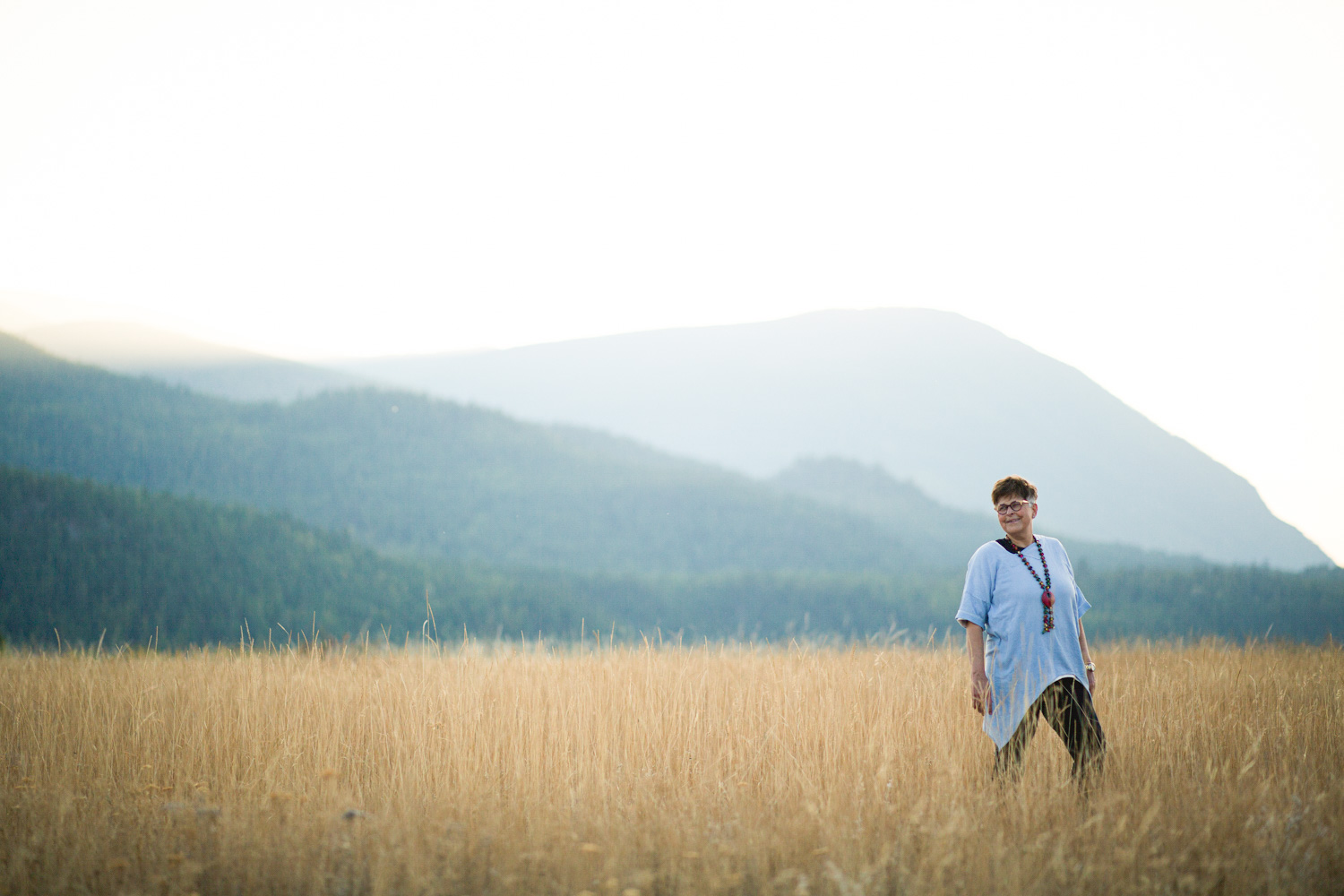 I did the only thing I thought I could do.

I went back to the only thing I knew that smacked of some sort of spiritual connection, my religion.

That was a mistake. It took me about six months to figure it out – but I stayed for another three and a half years.

Finally, despite a ridiculous amount of fear and trepidation. No safety-net. Just an all-encompassing need to be brave and jump. I jumped!

I had no one. No family. No friends. No idea what to do next. My heart was thumping but I could feel that long red cord again – and I knew I had something to hold on to as I began my journey back to that little girl, and all that I came to be. My SOUL was calling me home and I needed to answer that call!

That was thirty years ago now and it’s been a wild, painful and delicious ride. I’ve white-knuckled it through days where I feared I’d made a horrific mistake and that my parents were right; I was going to hell.

But I held fast. I trusted that that little girl knew something that I was still only hoping was true.

I read stories of others who had found a new way and it buoyed up my confidence. I read everything I could get my hands on and began getting glimpses of what was possible for me.

I understood that fear was a great way to get people to stay the course and not ask questions. And I deliberately chose to transform my fear into curiosity.

Instead of everything falling apart, my world opened up, in the most magical of ways.

I found myself taking apart everything I had absorbed over three decades. I turned it over, dissected it, inspected it, and discarded what no longer served me, and then I turned my attention on myself.

Where was all that learned disconnection playing in me?

I may have removed the teachings from my logical mind – but where were those beliefs still playing in my subconscious mind?

That’s where I’ve been spending most of the last ten years.

I navigated the stories in my mind that told me I was small and insignificant and should be kept quiet. I began to understand that I am brilliant and beautiful and larger than life when I stand in my true power.

And I have something important to say. In doing this work my SOUL just opened up and everything in me went home. Home to that wild and wonderful connection that we all can connect to.

I’ve come to say that you have more truth and beauty in you than you may understand right now. I’ve come to say that all the sh!t you’ve learned to believe about yourself that doesn’t frame you in a way that shows your brilliance and majesty – is just that, sh!t. And it's keeping you from drawing to yourself everything your SOUL longs for.

Most of us were taught to play small; to fit into a little box until we were squeezed up against its sides – unrecognizable, with all our gloriousness squished out. If you didn’t get that from your religion, you got it from social or cultural conditioning. But you got it.

Unless you’ve been deliberately excising it through the work of uncovering what’s playing in your subconscious and getting rid of what is not serving you; you’re still playing a much smaller version of yourself than you were designed to play.

And that’s what Weird Hummingbirds is all about.

Being a Weird Hummingbird is about learning to turn up the volume on your intuition so you can step fully into your power and that will lead to a SOUL connection in every area of your life.

Weird Hummingbirds are doing the work of leading with their truth for the purpose of sharing that truth with others.

Weird Hummingbirds are Fantastic, Spectacular, Resilient, and Fierce – and together we’re going to change the world.

I’ve been on this journey for thirty years now. I’ve learned some stuff and I’m still learning.

I’d love it if you’d come with me on this wild and wonderful ride.

How about we do this together?